Welcome to the website of international student's think-tank European Horizons at the University of Economics, Prague!
About us

Find out about our mission! We are currently working on new events! Stay tuned!

We are currently working on new conferences! Stay tuned!

We bring you our last interview, now with our academic supervisor interview here! We are now starting interviews with our former members. The first interviewee is Martin Vokalek who works as deputy director in Europeum Institute for European policy interview here!

After last year´s success, we once again in 2019 decided to organize, along with student ambassadors of EU Careers, another discussion about Career and Internships opportunities in the EU article here! 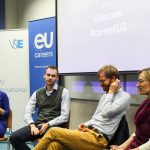 Discussion – Working in the EU

Kristína is a student of European Integration and interested in all things European – so much that she chose to study last semester in Brussels and enjoy the Erasmus experience in the centre of all things EU, though those plans got a bit changed due to the pandemic. She got to know European Horizons thanks to the founders of this chapter and fell for their enthusiasm and now is not only heading the first Czech chapter but was also in charge of the global European Horizons Alumni Network. In her free time she enjoys working with other students and youth and organises Czech competition Human Rights Olympics. She also enjoys podcasts, nonfiction economics and political books, as well as a bit of fantasy, travelling and spending time with family back in eastern Slovakia. 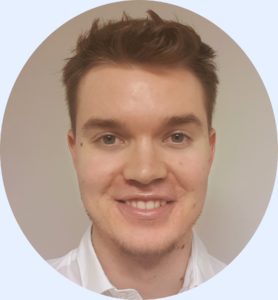 Julian is a Bachelor student of European and International Business from Germany. By engaging in European Horizons, he is seeking to address the European idea among students, expand his horizon and empower young people to impact policy decisions. He believes in international cooperation, evidence-based policy-making and innovative thinking outside of the box in order to tackle the most pressing issues of today’s world including climate change, divided societies and undermined democracies.

He loves Canada, playing football, travelling and meeting new people from all around the world. Besides he values good food, music and new challenges. Even if Olgica grew up outside of the European Union, she believes that a true European is not defined by geography but rather by upholding the European values, in which she firmly trusts. Her appreciation for the European project has been deepened since she started her master’s studies in European Economic Integration with a minor in Economic Diplomacy. She got familiar with European Horizons during a class at the University and saw an opportunity to be a part of an organization in line with her interests. In her free time she likes to read poetry, cook and watch series. Travelling to new places, while possible, is also a passion of hers. Iranda travelled all the way from India to Prague because she decided that if she will study international relations she better do it in an international environment and Europe seemed to be perfect choice for it. Currently a master student in the field of International and Diplomatic Studies at the Prague University of Economics and Business and doing her Erasmus at Sciences Po, Bordeaux; she aspires to be able to contribute to the society one day and voice the opinion of the youth and women in political matter on an international platform. As an Asian, she has always been fascinated by the beauty of Europe and its people. At the same time, she feels there is a lot more scope for Europe to be more open and welcoming to the whole world. This will also be beneficial for European integration and strengthen EU. This is one of the reasons which inspired her to join this organization.

During her free time she likes to read books, watch movies from all over the world, listen to music, travel, go hiking and click as many beautiful pictures as she possibly can.

Jirka is in the third year of his studies of National Economy at the Faculty of Economics. His interests naturally lie in economics, especially the economy of state. He decided to join European Horizons because of the fact that many economic questions of today are addressed by the European union and connected to the European policies, such as the green policy, agriculture or the future of the European monetary union. He considers the United Kingdom to be one of his “role model” countries and so is currently spending his Erasmus programme in London. In his free time he enjoys automobilism, playing chess and having discussions about economic policy. 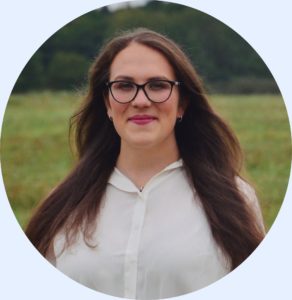 Johanka is a first year student of the bachelor programme International and Diplomatic Studies. She joined European Horizons because she appreciates the idea of „being European“, which connects people not only in Europe, but also across continents. Johanka has been interested in European affairs for several years and took part in discussions and projects focused on EU, she would like to further develop her interest in these topics while studying at the Faculty of International Relations. She believes that international dialogue (at the student level in case of European Horizons) leads to mutual understanding and is essential for shaping the future of Europe.

Johanka loves spending her time with family and friends, her hobbies are long walks in nature, singing, travelling and scouting. 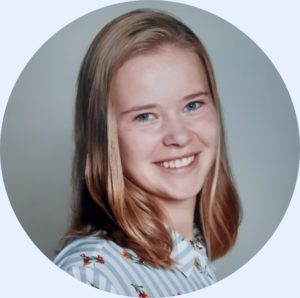 Pavla is a student of the bachelor’s program in International relations and diplomacy. She has always been fascinated by the ideas and principles of the EU, and her interest has deepened even more after visiting the European Parliament and the occasions of personal meetings with several MEPs. In recent years, she has taken part in several discussions as well as competitions, which, thanks to their aim, have helped her gain a more objective view of functioning of the European Union. European Horizons, as an opportunity to remain actively in the field, also played a role in her selection of the university. She emphasizes especially the idea of ​​deepening external relations with non-member countries, even outside the European continent. She believes, that unity is needed as a powerful aspect, that can positively influence many current issues in this world.

She prefers to spend her free time in nature, she never refuses the possibility of traveling or volunteering, she likes collective sports or reading books of various genres. The biggest priorities for her are family and close friends. Samuel is a master student of Finance with second specialization in European economic integration. He is actively interested in European economic integration, mainly in Eurozone and its issues such as indebtedness, competitiveness, or imbalances. He considers European Union as ambitious project which is, even with its few shortcomings, our common future. In his free time, he likes to practice various kinds of sports, travel, takes photos or cook

Jindřich is currently a master degree student of the International business with a minor specialization on the European Economic Integration at the Faculty of International Relations. Previously, he studied the bachelor programme focusing on the International Relations and Diplomacy. He was a member of a student platform called Junior Diplomat Initiative. Jindřich has been passionated about the topic of the EU since the high school. Moreover, he spent one semester in Strasbourg in France within the programme Erasmus. This exchange helped him to realise what the next field of study would be. He decided to enter in the European Horizons with the aim to spread the awareness about the EU.

Jindřich is passionate sportsman. He does triatlon and cross-country skiing. Moreover, he likes being with his friends, speaking in different languages and he loves going to concerts, especially swing ones. Milan is a graduate student at the University of Economics Prague, pursuing a Master’s degree in International Business with specialisation in International Finance. During his studies, Milan got the opportunity to participate in exchange programmes in Israel, France and Russia.

A native of Karlovy Vary, Czech Republic, Milan focuses on his further academic and research activities on the European Neighbouring policies and cooperation with neighbouring countries and developing countries.

Milan holds a Bachelor degree in International Economic Relations from the University of Economics, Prague.

Jana is the founding member and heart of the Prague chapter of European Horizons. She familiarised herself with the idea of European Horizons during her Erasmus programme in Paris at Paris’s Sciences Po and co-founded the first Czech Chapter in April 2017.  Ever since she has been tirelessly engaged in the activities of the association and put her effort into its further development and expansion. She is especially proud of setting the tradition of cross-chapter workshops, the project coordinated with other regional chapters of the think-tank. From November 2018 until May 2019, Jana also served as Co-Executive Director of the European Horizons’ Executive Board.

Jana personally sees herself as an enthusiastic dreamer of mutual respect and endless fighter for democratic values. For others she might look like a madwoman at first and second glance until you get used to her speed of thoughts and speech (which is surprisingly the same in Czech, English and German). But everyone appreciates her reliability and readiness to stand up for anyone who needs it and work hard and tirelessly on what she truly believes in.

The expert advisor and an irreplaceable member of the Chapter without whose positive attitude the Chapter would not see the light of day! He is also a graduate of the Faculty of International Relations (International Business / European Integration) where he now works as an assistant professor with a focus on the economic policies of the EU member states, their economic development, and the EU policies. 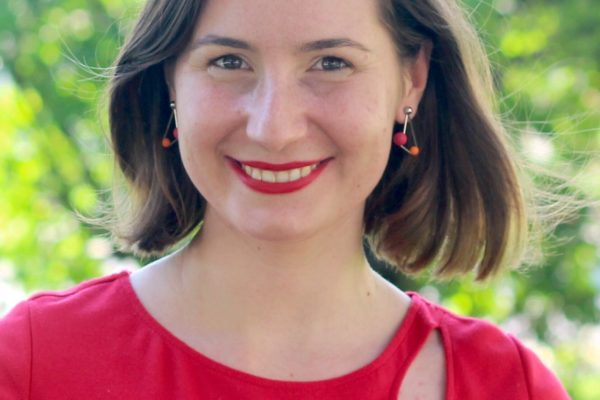 In third interview we present you Jana Stehlíková founding member of European Horizons society, who iniciated creation and was its first President, now jana is working on her postgraduate study with faculty of International Relations

We are now starting interviews with our former members. The second interviewee is Kateřina Hošková who is CEO in whole European horizons. We are so proud of her!